Asus ROG Strix GeForce RTX™ 3070 buffed-up design with chart-topping thermal performance gaming graphic card, take flight,  from top to bottom, the ROG Strix GeForce RTX™ 3070 has been radically improved to accommodate the impressive new Ampere chips from NVIDIA and to deliver the next wave of gaming performance innovation to the market. A fresh design and more metal surround a grouping of Axial-tech fans. The last gen’s uniform fan layout has been usurped by a new rotation scheme and specialized roles for central and auxiliary fans. Below the blades, a larger, more impressive heatsink is ready for the most demanding thermal loads. The PCB has some new tricks up its sleeves, and even the backplate has received some performance-boosting changes. You’ve been waiting for the latest and greatest in GPU design – and this is it. Gadgets club offers the best price in Pakistan for gaming graphic cards. 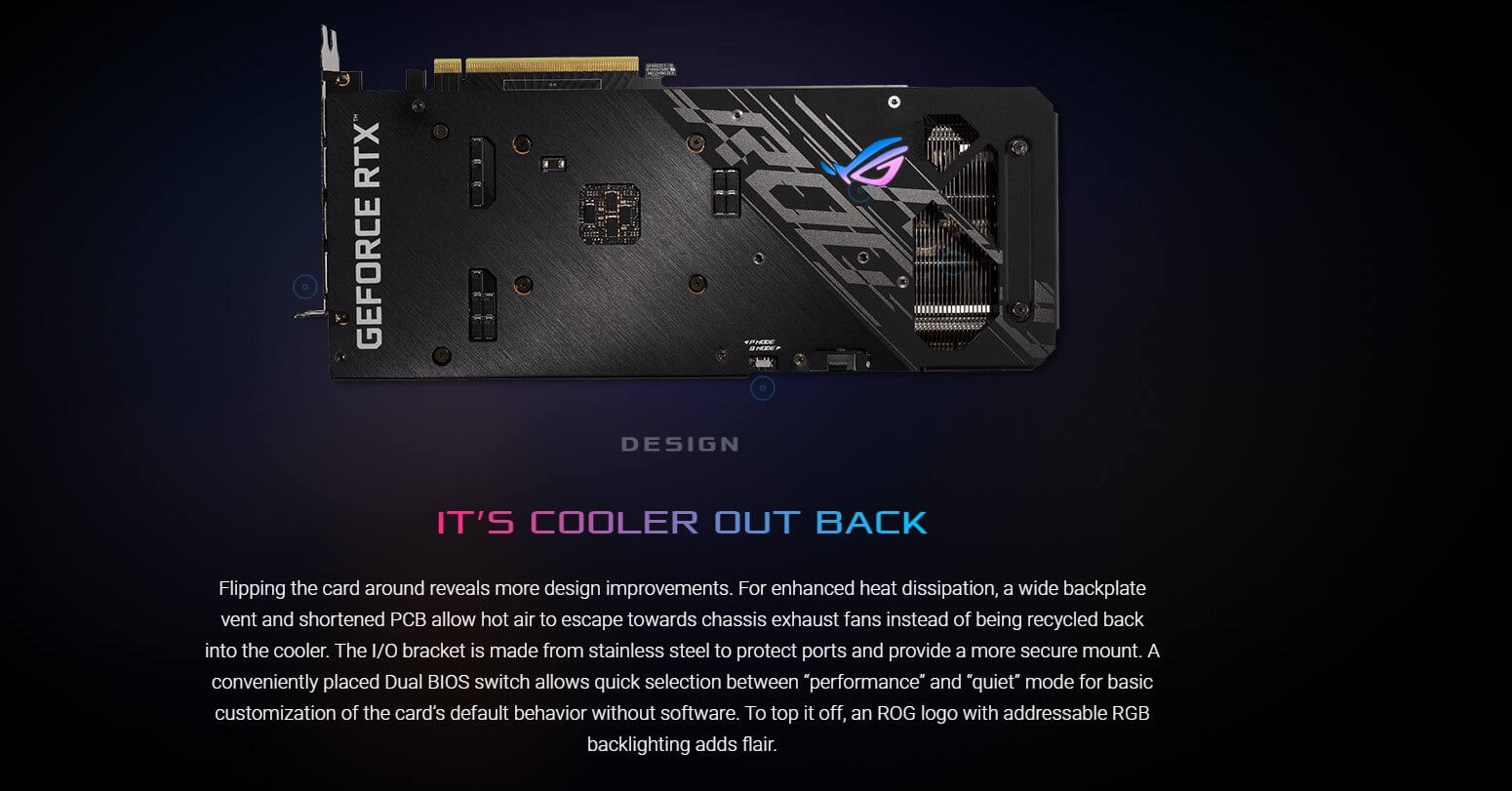 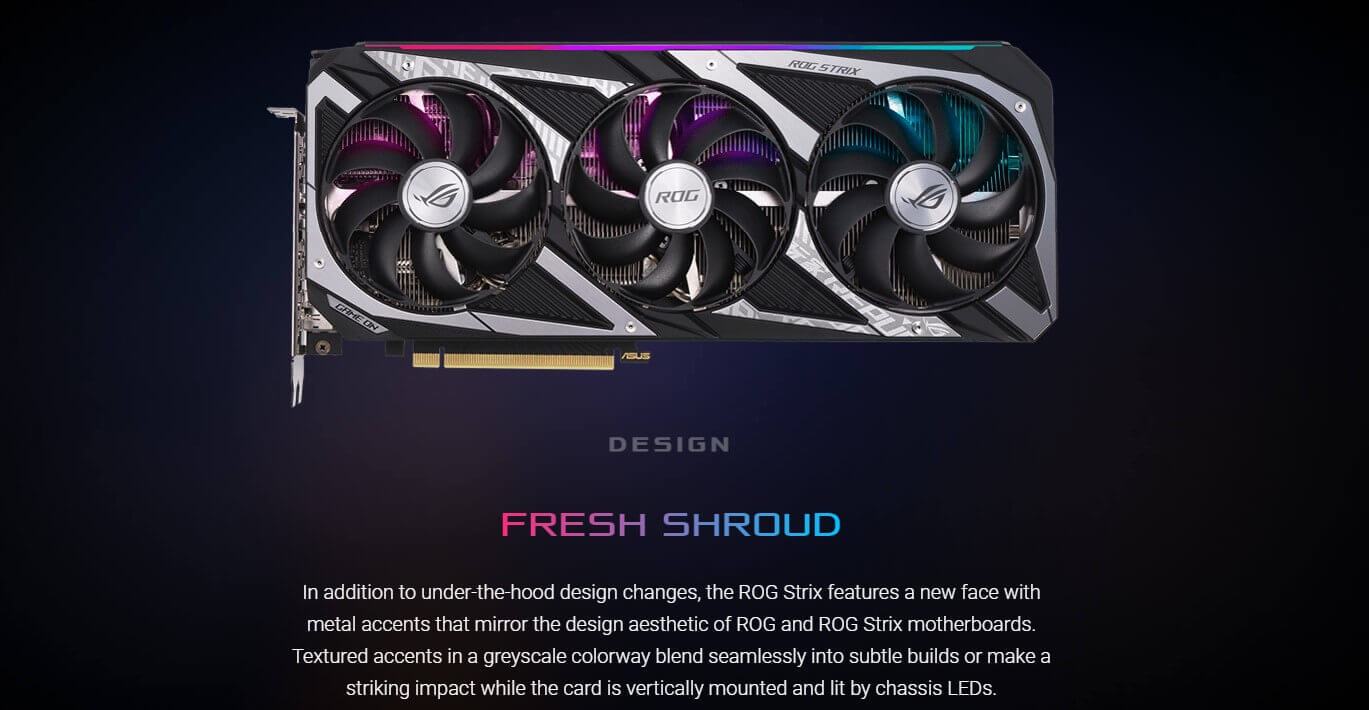 Careful attention has been paid to the front of the GPU, as it’s the most visible part of the card in typical configurations. A new addressable RGB element can be customized with Armoury Crate to create a uniform look along with other ROG components. To fulfill the power demands of the GeForce RTX 3070, two 8-pin power connectors are present, along with an onboard circuit that monitors PSU rail voltage. The circuit is fast enough to catch any transients that result in the rail voltage dropping too low. If that happens, a red LED will light up to indicate a power supply issue. The Strix’s reinforced metal frame is also visible here, adding a literal layer of durability.